With the holiday season in full swing, it’s the perfect time to practice how to have better conversations. Particularly this year it feels like everyone is talking at each other without actually hearing what the other is saying. On the one hand, we have the people who vocalize every thought they have without considering the consequences. And on the other hand, we have those who are too scared to say anything at all because they either worry about offending someone or because it puts them in a vulnerable position.

A Pew Research Center study of 10,000 Americans found that at this moment, Americans are more polarized than ever before. As Celeste Headlee, author of We Need to Talk, humorously pointed out in her TED Talk (see below), “It used to be that in order to have a polite conversation, we just had to follow the advice […] stick to the weather and your health. But these days, with climate change and anti-vaxxing, those subjects are not safe either.”

This year I became painfully aware that I have trouble listening, and unfortunately, I can’t just blame it on my crumpled left eardrum. I don’t think of myself as someone who likes to hear herself talk (out loud, that is). But, I definitely get overly excited about dispensing advice or telling stories that I hope brighten someone else’s day or serve as cautionary tales. I want to slap myself every time I can’t keep myself in check and end up interrupting someone. It happens more often than I’d like to admit.

Make an effort to concentrate and truly listen.

It’s the most obvious one, and I’m embarrassed to say I’m guilty of this. While someone is talking, I often think of how I’m going to respond or something they say reminds me of something I need to do. I recently taped a sign to my wall that reads LISTEN because I really do want to be a good, attentive listener. Visual reminders can be powerful, but clearly, this one alone isn’t strong enough for me. I tried to put my good intention into practice during Thanksgiving dinner but forgot about it halfway through the evening. Maybe if my conversation partners had taped that sign to their foreheads… (I’m kidding, but if I had written it on my hand instead…)

Of course, in most cases, changing a habit doesn’t happen overnight. If you’ve ever tried meditation you know that stories and ideas will come to you while you’re trying to focus. So once you become aware of them, you need to let them pass. Remind yourself to “be present in the moment.”

I once met a girl who only gave one-word answers and never asked anything back. It drove me nuts, but also fascinated me. I actually ended up giving that characteristic to the heroine in my first novel. But regardless of whether she was just shy, not interested in getting to know us or socially challenged, the conversations with her could have gone better if I had asked her better questions. As Headlee suggests, “start your questions with who, what, when, where, why, or how. What was that like? How did that feel?” rather than asking questions that can be answered with a single yes or no.

I also really love what Headlee said, “You need to enter every conversation assuming that you have something to learn. Everybody is an expert in something.” As someone who loves to learn, approaching conversations from this angle might actually make me truly listen. We’ll see.

As a serial expat, immigrant, and someone who has spent all her life in multicultural environments, I need to mention how important it is to get better at intercultural communication. In a globalized world, you’ll always meet people who are different from you. Don’t assume what’s normal for you and your culture is normal for others. Greetings, gestures, table manners, and idioms are not universal.

Brush up on basic geography. Africa is not a country. Generalizing is not only ignorant it’s also lazy. We hear African Americans, Latin Americans, but I can’t recall even one instance where someone said, “oh, Irina, yes, she’s European American.” Equally important, not all people with dark complexions are Africans, not all people from Latin America are Mexicans, and not all people with East Asian features are Chinese, and so on. Wherever you’re from, chances are there’s at least one generalization about your country or culture that you don’t like to hear. Treat others like you want them to treat you.

We can’t always avoid talking to people we don’t like or disagree with. To cite one of my fictional heroines, “When you’re fighting for a cause it becomes easy to see your opponents as faceless dimwits who just don’t get it. But chances are those people aren’t all that different from you on an elemental level. The majority of us have good intentions and fight for what we believe is right, even if our definition of ‘right’ often greatly differs. I sometimes wonder if this removal of humanity is why we make so little progress.”

Rather than trying to convince everyone of our opinions, which almost never works, we could try to find common ground. “Whether we are pro-life or pro-choice, for example, we’d probably find our common ground in the fact that we’d rather not be in a situation where we have to make that decision in the first place. So if we were to focus on the root of the issue we’d concentrate our efforts on finding answers to questions like: How do we get people to have safer sex? How do we prevent rape? How do we ensure that people have equal access to resources? And so on.”

Last night I watched Trevor Noah’s Netflix special Son of Patricia where he said his mom told him that when he faced racism “to take that racism, shake it up with the love of Jesus, and send it back.” I think that’s pretty good advice in general. We can’t control how people talk to us, but we can choose how we want to respond.

[VIDEO] How to Have a Good Conversation by Celeste Headlee

One of her points is that people don’t want to hear details, but if you watch the video below this one, A Guide to Making Small Talk in Germany you’ll see that other cultures may find the opposite to be true. “German small talk is easy, really. Drop the niceties [unless you really do want to hear an honest answer to “How is it going?”], know your numbers, and have a strong opinion on air circulation.”

P.S. Notice the German windows! It’s the one thing I miss most from growing up in Germany. I’m not joking. They are easier to clean, open and close, are better at canceling noise, have better insulation and are harder to break in to. Why haven’t they caught on?! 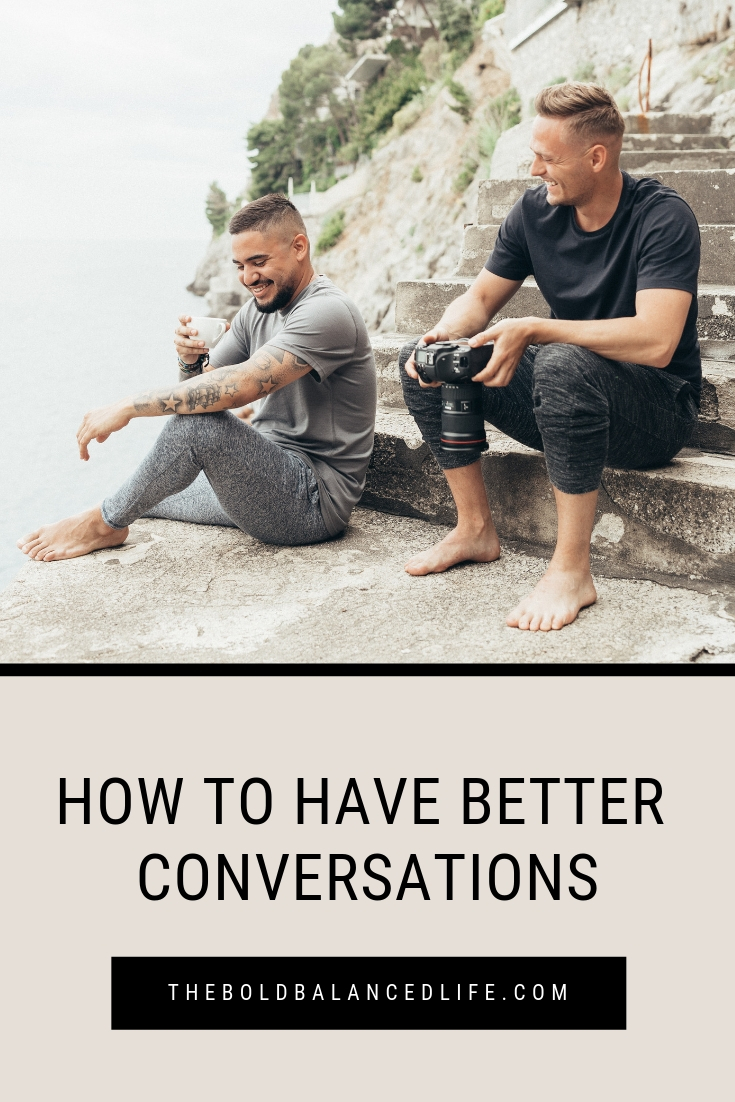